The present historical and scientific overview is a concise systematisation of the knowledge for the development of the peninsula, accumulated in the published studies on it so far. The overview does not aim at launching opinions on disputable issues or to defend scientific hypotheses – its aim is to serve as a basis for the analysis and evaluation of the current state of “The Ancient City of Nessebar” and hence – to determine the guidelines for its further development. In the text below are taken into account some useful remarks and recommendations made in the course of the Public Discussion.

The historical evolution of Nessebar during the key historical periods is studied:

This evolution is illustrated by historical schemes specially designed for the purpose.

Four key typological groups of immovable heritage sites from various periods are examined, formed as a result of the centuries-long historical development and exhibiting the unique historical stratification in “The Ancient City of Nessebar”. 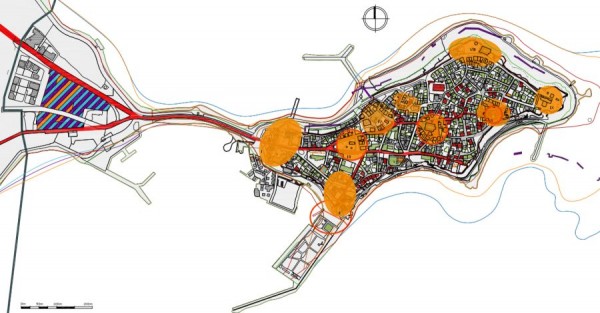 Scheme 2: Historical stratification of the site and its adjacent territory

(1) the area around the West gate of the town;

(2) the area around the South gate of the town with the churches of St. John Aleitourgitos and St. Stephen;

(3) the area at the central square Messembria and the church of Christ Pantokrator, in front of which are discovered the ruins of an archaic temple;

(4) the area around the churches of St. John the Baptist and of St. Spas (Saviour) with the early-Byzantine thermae and the hammam from the Ottoman period;

(6) the small square in the eastern part of the peninsula, formed by National Revival structures, below which are preserved also ancient structures; the memory of the existed church of St. George is still preserved;

(7) the area around the churches of St. Paraskeva and of St. Archangels Michael and Gabriel;

(8) the area around the basilica of Holy Virgin Eleousa” (in the Medieval Nessebar – monastery complex) with the ruins of a windmill and newly discovered archaeological structures;

(9) the Border Police complex at the eastern end of the peninsula, still unexplored, but with high potential for revealing of historical structures – this is the western part of the Acropolis in the Ancient Messambria and of the monastery complex – in the Medieval Nessebar.

In the close territorial context of “The Ancient City of Nessebar” special attention should be given to the Necropolis of Messambria-Messemvria-Nessebar that existed in historical continuity from the 5th c. B.C. until the 15th century.

Along, in the urban structure are preserved also a number of specific areas, zones and directions of historical continuity in the development process of the Ancient City of Nessebar: 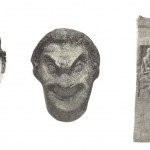 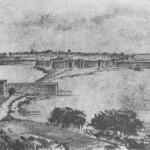 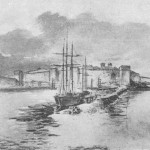 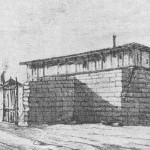 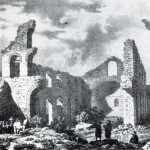 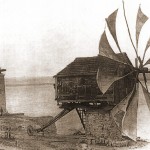 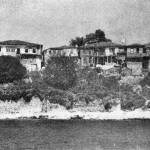 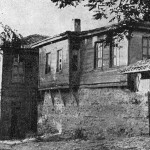 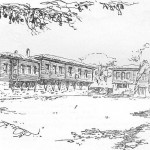 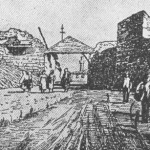 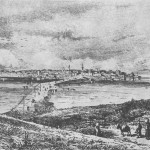 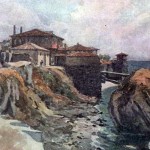 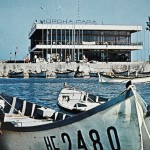 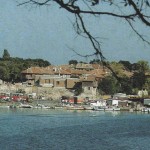 Fig. 16. Nessebar – People’s Republic of Bulgaria (1946 – 1989). View from the west to the new archaeological museum (under construction)