Characteristics of the historic urban landscape

The pointed out evolution of the ideas of urban cultural heritage, as well as the Recommendation of UNESCO, give grounds the site to be regarded not only as an environment with exceptional single heritage sites but also as an integral historic urban landscape – result of a historic layering of values and qualities – cultural and natural, tangible and intangible, which determine the urban identity and diversity.

Undoubtedly, the evaluation of the outstanding universal value of the property in 1983 did not ignore these values, as far as “The Ancient City of Nessebar” was not inscribed as a system of single ‘serial properties’ (according to §137-139 of the Guidelines) but as a whole historic town, having integral cultural values. But the level of knowledge of the historic town values 30 years ago did not allow a clearer definition of the values of “The Ancient City of Nessebar” as a historic urban landscape. For the needs of the MP, though, it is absolutely necessary. If, on one hand, the integral values of the property are not clearly identified, there is a real danger some of them to be ignored and eventually – irreversibly lost. On the other hand, the pointed out evolution and the Recommendation of UNESCO show that if the urban cultural heritage is not considered in its integrity and in a broader context, it could hardly be conserved, sustainably used and managed – especially if it is a living and dynamic historic town like “The Ancient City of Nessebar”. That is why the MP proposes the following identification and classification of the values of the property, which define it as a historic urban landscape and which represent the main structural and valuable features of this landscape:

From today’s point of view, regarding the property as an integral historic urban landscape requires attention to be necessarily paid to ‘the broader urban context and its geographical setting’ (Recommendation of UNESCO) – ignored by the inscription of the property in 1983. The surrounding territories are a historical and cultural area of the property and to a certain degree contribute to the enhancement and the protection of its outstanding universal value. That is why the MP draws the attention also towards: the coastal areas of the peninsula, the isthmus, the adjacent territories on the mainland to the west, and the aquatory. It is emphasised that these territories have their own cultural value (e.g. the Necropolis of Messambria-Messemvria-Nessebar on the mainland, the underwater archaeology in the aquatory, etc.), which enhance the outstanding universal value of the property. 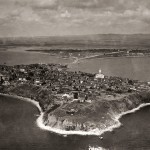 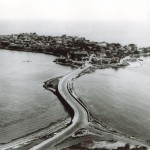 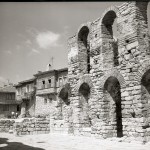 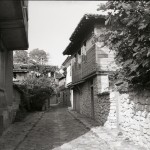 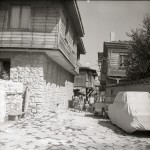 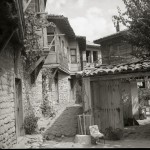 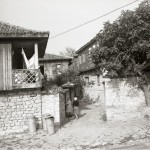 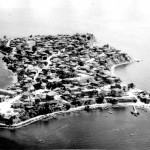 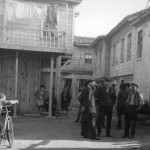 Fig. 78. Traditional space to the south of the Old Metropolitan church St. Sophia 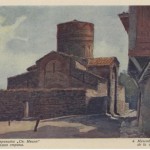 Fig. 79. Traditional public space around the church of St. John the Baptist 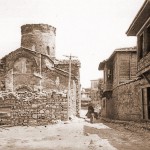 Fig. 80. Traditional public space around the church of St. John the Baptist 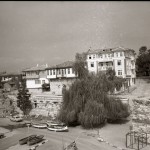 Fig. 81. Attitude towards the natural environment – urban vegetation in the area of the south port 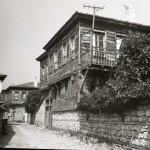 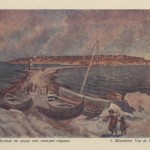 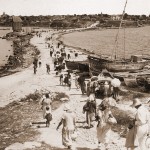 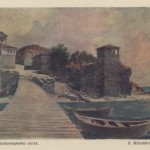 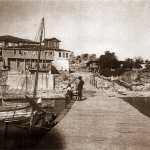 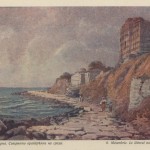 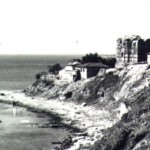 Fig. 88. Urban silhouette – view towards the south slope. The role of the church of St. John Aleitourgitos as an accent in the urban silhouette 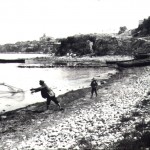 Fig. 89. Urban silhouette – view towards the north peninsula coast with the church of Assumtion as an accent 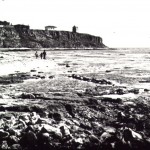 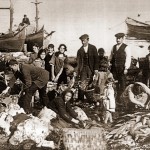 Fig. 91. Traditional functions – Nessebar fishermen and their families with the fish catch 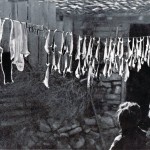 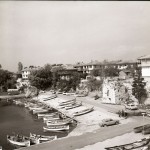 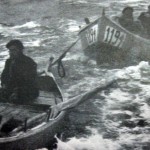 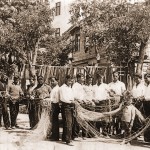